The ‘Rush’ director on finding his confidence, the benefits of stress, and what he learned from John Wayne. 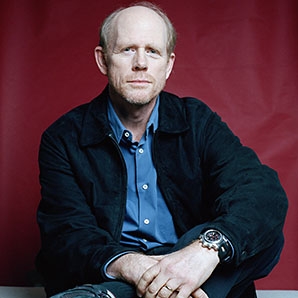 What’s the best advice you’ve ever received
I was talking about careers with Andy Griffith, and as uncontroversial as he was, he felt that to be true to yourself, you’ve got to be ready to anger people once in a while. When I was 16, Henry Fonda told me, “If you love movies, become a director; if you love acting, keep your focus on the theater.” In either case, you’ve got to be willing to take a huge risk every 18 months, or else you’re not really trying. They both suggested that, even in a popular medium like film, the audience can sense when you’re manufacturing instead of creating.

You worked with icons like John Wayne and Jimmy Stewart. What did you learn about manhood?
John Wayne used a phrase, which he later attributed to John Ford, for scenes that were going to be difficult: “This is a job of work,” he’d say. If there was a common thread with these folks – Wayne, Jimmy Stewart, Glenn Ford – it was the work ethic. It was still driving them. To cheat the project was an insult. To cheat the audience was damnable. I directed Bette Davis, too – she was the toughest of them all.
Read more: http://www.mensjournal.com/magazine/the-last-word-ron-howard-20130924#ixzz2hq8FlC2o