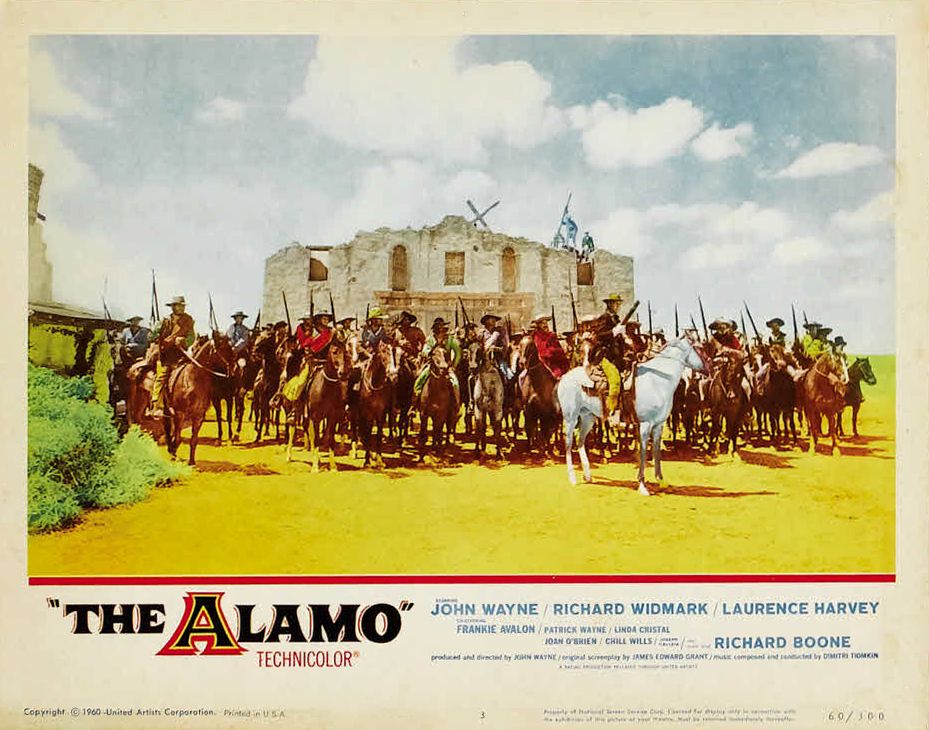 John Wayne was obsessed with the Alamo. It was a dream he had lived with for decades. He seemed to be driven to make a movie about the overwhelming battle of Texas with General Santa Anna. Some say he wanted to make a political statement. What ever the reasons which drove him, the Alamo was the vehicle.
Wayne not only produced and directed he acted in the movie, playing Davy Crockett. His health suffered and he began to show preliminary signs of the lung cancer that was later going to cost him one of his lungs.

Wayne went out on a limb financially with the Alamo. At the time of it’s making, the Alamo was the most expensive picture ever made. It did well in box office by the standards of the day, but nowhere near the initial amount needed to recoup the cost to make it. Wayne found himself in financial trouble.

The Alamo was given a number of Oscar nominations, but only won one..for “best Sound”. Adding insult to injury, it hadn’t even been nominated for best actor or director. This was 1960 and politics were alive and well in Hollywood. Wayne was an active supporter for Nixon and outspoken. Not a popular place to be in Hollywood.

The fact is it really didn’t matter. The Alamo was not a bad movie, but it was not “The Ten Commandments” either. It just cost more. It was long, over 3 hours. It had big speeches and was wordy in spots. The action was good, but that didn’t matter to Hollywood. It wasn’t perfect and it was made by John Wayne. The only way John Wayne could have beat the Hollywood crowd would have been to make a perfect movie. He didn’t. He made a good one. A movie good enough for several Oscar nominations and one win. Some people forget the number of nominations this movie received because all the big categories were not included. But It was nominated for best picture, which was an achievement in itself.

Forty-six days later, on April 21, 1836 at the Battle of San Jacinto, 783 men led by General Sam Houston defeated 1,500 Mexican troops. The battle lasted only eighteen minutes. Cries of “Remember the Alamo” and “Remember Goliad” were reportedly heard. When all was over, 630 men of the Mexican army were dead; 730 were prisoners. Nine Texans lost their lives. General Santa Anna, disguised as a peasant, was captured the following day. 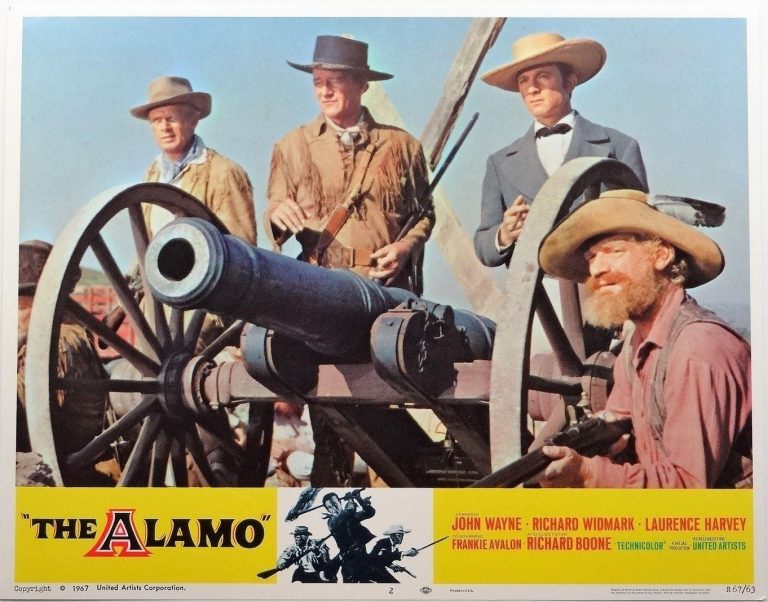 While many believe John Wayne made “The Alamo” for political reasons, I do not. True, Wayne made political hay during the ad campaign for the Alamo, but I am certain his basic motivation to create this movie originally was the story. When you realize the heroics of the men that stood at the Alamo, I have to believe that Wayne felt it was a great story that needed to be told. Politics, both nationwide and Hollywood, ended up getting into the middle of this movie and it cost Wayne greatly. But the movie was made and will always remain.

I believe these 189 men are the main reason John Wayne made this movie. They all believed in the basic cause of freedom. All were given a chance to leave before the beginning of the 13 day siege. Only one did. These are the ones who stayed.

The men of the Alamo: