‘Festival Proves That John Wayne’s Range extended Beyond the Western’ By Nick Clooney Let’s try the Hollywood word game. I say “Laurel and Hardy”, you say “Comedy.” I say “Gene Kelly”, you say “musical”. I say “John Wayne”, you say “Western”. Perhaps we should take a closer look at that last one. I ‘ve been […] 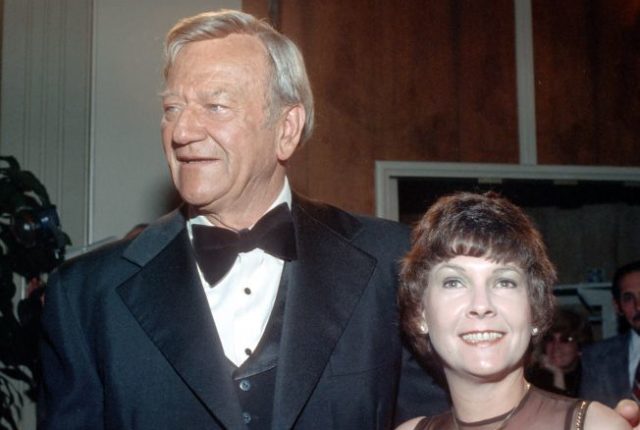 Pat Stacy Donahugh, 53, companion to John Wayne who wrote a book about their years together. Before her marriage to Richard Donahugh in 1982, Pat Stacy worked as an assistant to the fabled actor and became his companion in the last years of his life. She later published her book, “Duke, a Love Story.” A […]

Aissa Wayne, daughter of the late actor John Wayne, and her financier companion were threatened with death after being attacked and brutally beaten in his $3-million Newport Beach estate, she said Tuesday. Wayne, 32, and Roger W. Luby, 52, were followed into his electronically gated Newport Beach estate Monday morning by two gunmen, who bound […]

They met on a movie set on the edge of a Peruvian jungle in 1952. She was Pilar Pallete, an exotically beautiful young Peruvian movie actress with one movie to her credit and a failed eight-month marriage to an American airline executive behind her. He was John Wayne, the ruggedly handsome, middle-aged American movie star […]

By RICHARD F. SHEPARD In more than 200 films made over 50 years, John Wayne saddled up to become the greatest figure of one of America’s greatest native art forms, the western. The movies he starred in rode the range from out-of-the-money sagebrush quickies to such classics as “Stagecoach” and “Red River.” He won an […]

Los Angeles, June 11 — John Wayne, the veteran Hollywood actor, died today at 5:23 P.M., Pacific daylight time, at U.C.L.A. Medical Center, a hospital spokesman said. The cause of death was given as complications from cancer. Mr. Wayne, 72 years old, had been hospitalized for treatment of cancer of the lower abdomen since May […]

(Because of he recent heart surgery, John Wayne has been under doctor’s orders not to do interviews for the next three months. He made an exception for Jim Bacon, his friend of 30 years. “He knows I have enough on him to hang him” jokes Bacon.) “I guess I’m just too goddamned tough to die.” […] 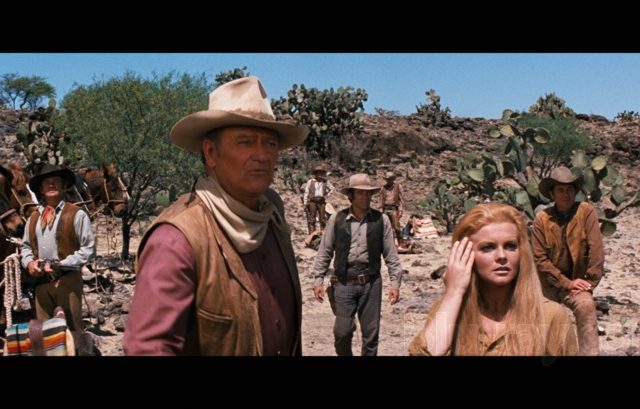 Two of the most exciting film stars – one a luscious young blonde and the other a leather-skinned, weather-beaten oldtimer meet in a western about a stolen half-million in gold. The golden gal is Ann-Margret, whose star has been soaring brighter than ever though she took a tumble during a night club performance which nearly […]